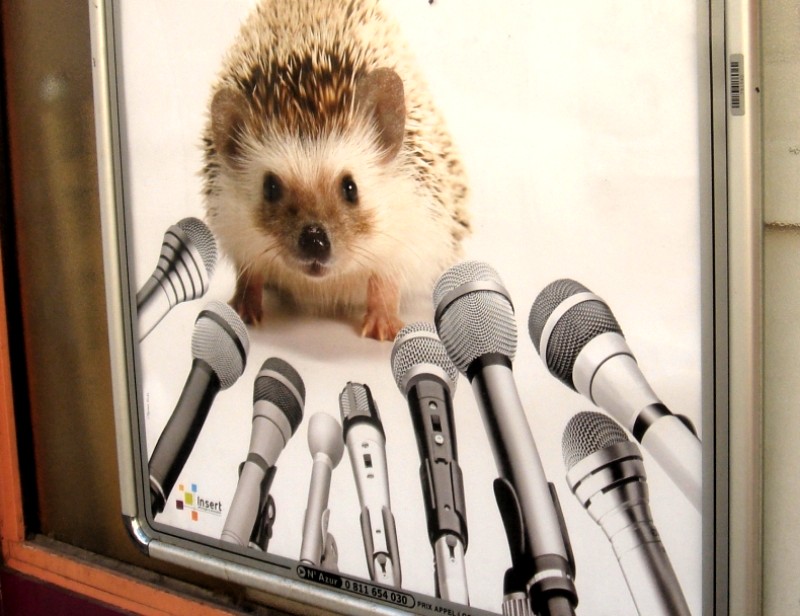 Freedom of Information: Journalism is not a crime


Freedom of Information, Freedom of Speech and therefore resulting Freedom of Press are one of the core “values of Internet Technologies” - which is the main theme of our event series 7at7.

Unfortunately due to e.g. data retention laws this value started more and more to become illegal. In our October session of 7at7 we want to remember all those, who are in prison or otherwise jailed because they took the right of free information seriously. The list is long, and just to mention a few famous ones we can start with Julian Assange, founder of Wikileaks (a system where whistleblowers can securely submit documents for publishing), who's court has just re-startet at 7th at September - while he himself is being tortured in prison. Then, likewise famous we have Edward Snowden, who revealed tons of documents in 2013 showing, that the mass surveillance is much broader then one could have ever imagined - he still hides somewhere in the world, in a self-choosen-prison. Then there is Chelsea Manning, as part of the army she couldnt stand anymore the unfair behaviours and leaked a video "colateral murder" where one could watch how soldiers killed in a form that usually is only known by video games. To just name a few more: Jeremy Hammond, Matt DeHart, Lauri Love, Reality Winner, Yasemine Motarjemi, Stéphanie Gibaud, Cathy Massiter, Vera English, Marsha Coleman-Adebayo, Sherron Watkins, Rui Pinto, Ola Bini and Antoine Deltou are all in prison for similar reasons. Last but not least to mention Li Wenliang who died in 2020 in the age of 33: He warned too early about SARS-CoV-2.

At 7 PM on October 7th we want to start to introduce fundamental terms around the topic, then dive into some of the mentioned cases followed by a discussion. We will update with more details here in some time. The event will be held in english language.